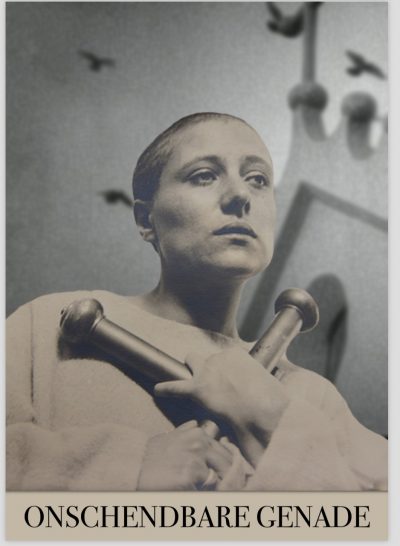 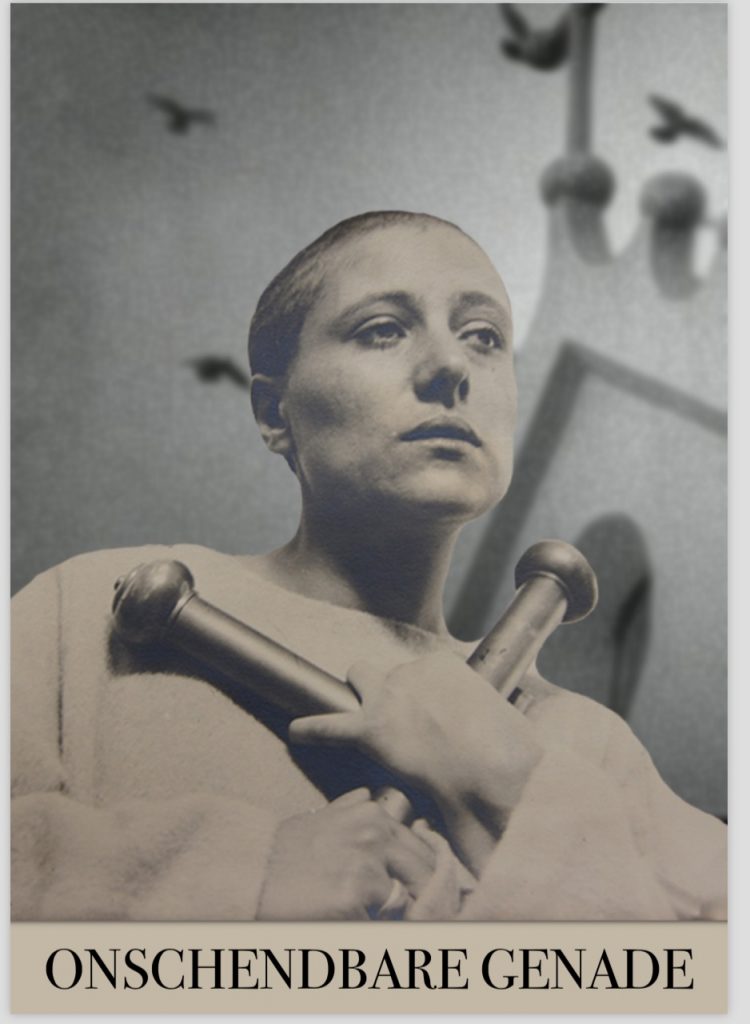 90 years ago La Passion de Jeanne d’Arc, arguably the world’s first art movie, was made in France by Danish director Carl Theodore Dreyer. As critic Noel Burch has observed the movie has the uncompromisingly awareness that spatio-temperal continuity in film is a convention and that orientation to filmic space is obtained through artifice. In Onschendbare genade (State of Grace) we show exactly that. In three acts we focus on the separation of mind and space and the device of the eyeline match.

The first part of the exhibit is a special showing of a set of important stills. The stills are probably made for the opening night of art cinema De Uitkijk in Amsterdam in 1929. I wrote about these before. Find that post here.

The second part contains a selection of work of visual artist Natalia Cincunegui (Buenos Aires, 1971). She has been working on several series of Joan of Arc since 2002. Natalia studied printmaking, painting and drawing at several Art academies in Europe. Her work is shown in solo and group exhibitions in the Netherlands and in France. This year saw the publication of her first illustrated book/graphic novel The Journey of Mr.Naut.

Third part is arguably the world’s most impertinent edit of a classic movie by the Sick Smell Of Success. Nobody takes the time anymore to watch an entire silent black and white film. Michael and Wim therefore cut the movie ruthlessly and joyfully to it’s basic devices. Composer Fred Kienhuis (Haarlem, 1964) proves that he can make music for any occasion and has made a special score for the edit.

See you there and then! 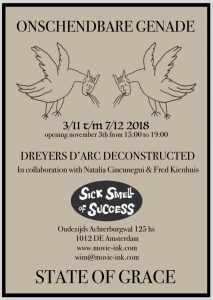