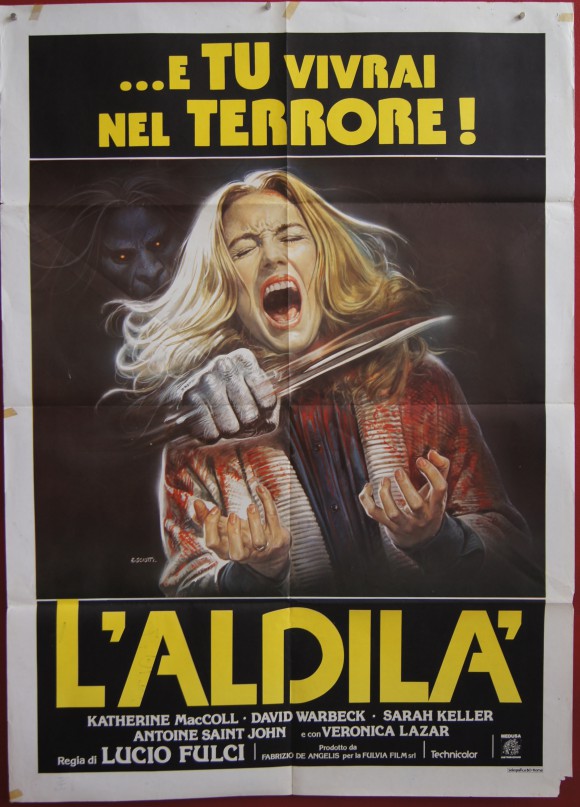 The GODFATHERS OF MOVIE ART exhibit, by popular demand gets a refreshed extended run early 2016 with a change of some of the posters. The new refreshed exhibit will run until March 6th, so more time to acquaint yourself with the work of Italy’s greatest designers.

However it’s time again as well for the biggest movie poster fair in Europe, the CINGLES DU CINEMA in Argenteuil. This year it’s held on the 29th and 30th of January. MOVIE INK. AMSTERDAM is closed on these dates.

Other exciting news is that MOVIE INK. AMSTERDAM will host the launch of the next edition of SCHOKKEND NIEUWS. Number #118 is a special poster edition with articles on NICOLAS WINDING REFN’s poster book The Act Of Seeing and interviews with designers GILLES VRANCKX (Mondo, Mondo Macabro, Death Waltz Records, Arrow) and ENZO SCIOTTI who really does not need any introduction.

The launch will take place Saturday February 13th from 2 PM. For this occasion the Godfathers exhibit will be taken down shortly and replaced with work of ENZO SCIOTTI and a few designers one or two generations his senior RENATO CASARO and SANDRO SYMEONI. That surely should take care enough of a shock wow factor for the launch. Time for the SIX SHEET of MORIRAI A MEZZANOTTE aka MIDNIGHT KILLER!