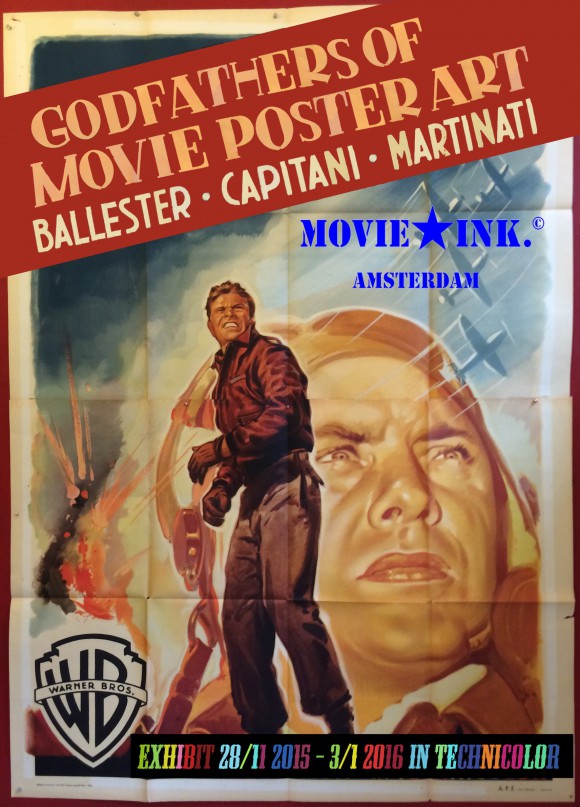 GODFATHERS OF MOVIE POSTER ART opens this Saturday (November 28th) at 3 PM until 8 PM. The expo will run until JANUARY 3rd (every friday and saturday from 12 to 6 PM). Our latest movie poster exhibition showcases the art of three Italian designers that inspired at least four generations of designers of movie poster art in Italy: ANSELMO BALLESTER, LUIGI MARTINATI and ALFREDO CAPITANI.

All three men were born in the last decade of the nineteenth century and educated at the Academia de Belle Arti in the early twentieth century. From the 1930’s onward they infused movie poster art – which until then was still highly stylized, like the art deco advertising posters from that time- with rich, high drama inspired by their background as painter artists.
To manage the enormous workload they acquired during the explosion of the popularity of cinema in Italy in the 1930’s, they decided to combine forces and founded B.C.M.

Some of the most expensive movie posters are designs by these men. These will not be on show as your local exhibitor has not only just a small purse, he also thinks that such extravaganza is beside the point. The exhibit aims to be a showcase of the high drama that the art of BCM represents, while at the same time the differences in style can be spotted. It’s an attempt to put forward the “art” aspects of the poster in stead of aspects of film history or commercial value.

So, marvel at the use of crazy colour schemes, movement and rhythm that all three masters deliver and spot the differences between the baroque wide-eyed histrionics and use of dark and light by Anselmo Ballester, the more organized use of bigger and smaller objects combined with streamlined title design by Luigi Martinati and the slightly more delicate use of fine lines and portraits with an extra helping of galloping horses, stagecoaches and other vehicles. In later posts I will elaborate on these features.

Remember on opening day I offer a nice selections of drinks, nibbles and music as well as pleasures for the eye. Not the usual fair of warmish beer, prosecco and orange juice, but some nice stuff as well. So, be there! I promiss I won’t say ciao!! 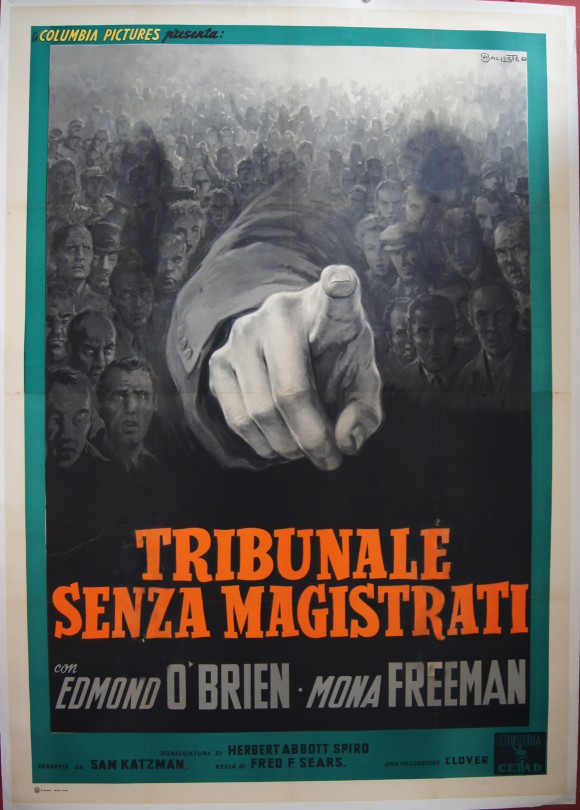 We need you to attend at MOVIE★INK. AMSTERDAM