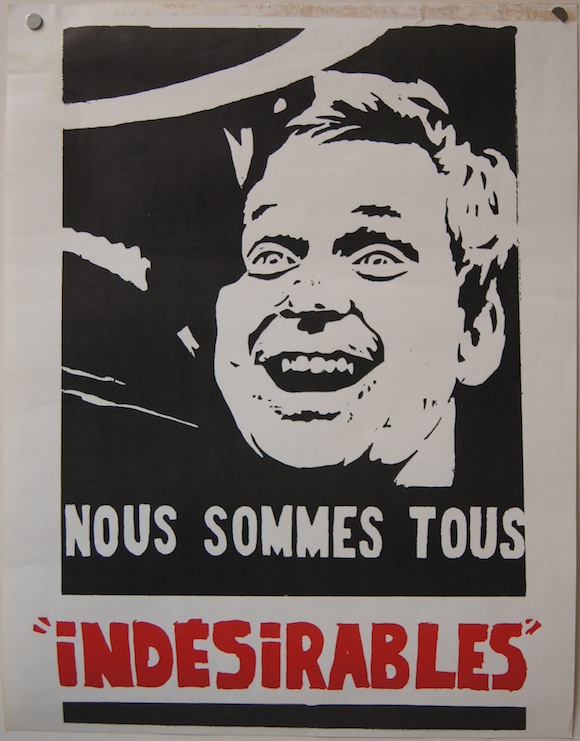 You have missed yesterday’s event in the ART KITCHEN CULT CLUB’S  fantastic temporary outlet at platform 1 and 2 at Amsterdam RAI train station. It was all a bit quick. In any case you can still see some of the international political posters that MOVIE★INK. AMSTERDAM provided. They are on view for the next two months while the trains whiz by.

It’s the kickoff of a new political season. From February 27th we have a re-make / re-model of our earlier exposition WORLD WIDE CONTEXT OF THE MAGIC CENTRE but carried into the 1980’s. I will build a new Wall of Protest, this time with strong emphasis on all manifestations of collective identity. Human rights nowadays are seldom claimed for all – the people, but for everyone individually at best as the battle of the self opinionated in the aftermath of the terrible attack on CHARLIE HEBDO showed. Next exposition will zoom in on collective identities.