Our next exhibit parallels the Imagine Filmfestival held this year at the EYE filmmuseum from April 8 to April 17. We zoom in on the theme of the HOUSE OF PSYCHOTIC WOMEN inspired by Kier-La Janesse’s eponymous book.

For those who haven’t yet, buy it quickly, it is cheap and interesting and a fantastic guide to watch and re-watch classic and recent shockers, thrillers and dramas. Our count is now on 25 after The PERFUME OF THE LADY IN BLACK, CARRIE and DON’T DELIVER US FROM EVIL and we’re only at Chapter 6.

This exhibit is a bit of a challenge as the book is an “autobiographical exploration of female neurosis” and we at MOVIE INK. are more or less not female nor indeed Miss Janesse. We do have some issues though, issues that should lead to an engaging exhibit. We’ll make this expo a more covert operation after our last straight forward showcase-exhibit of LA DOLCE VITA, more an expose maybe than an exhibit. We try to create the right atmosphere where cult afficionados, male and female feel right at home. To be true to our exploitation heroes we also feature a few gimmicks and contests. In any case there will be room for a SCREAMTEST and we’ll run a WHO ARE THESE WOMEN IN THE WINDOW?-contest of course complete with prices to be won. As we do like to display movie art we naturally have some niece pieces on display.

The exhibit can also be visited Sunday April 14th and every Friday and Saturday until April 27th. Opening hours are noon to 6.30 PM. We have enlarged the peepholes in the front window, so that the exhibit is a peep-show in itself, viewable from the outside.

Inside there are original classic posters from the forties -like THE SNAKE PIT and CURSE OF THE CAT PEOPLE-to the seventies with posters of THE BEGUILED and IMAGES. Added features are several stills from MARNIE that really show lead actress Tippi Hedren’s mental state and a triptych of typical seventies exploitation posters for SISTERS, I SPIT ON YOUR GRAVE and PRETTY POISON. 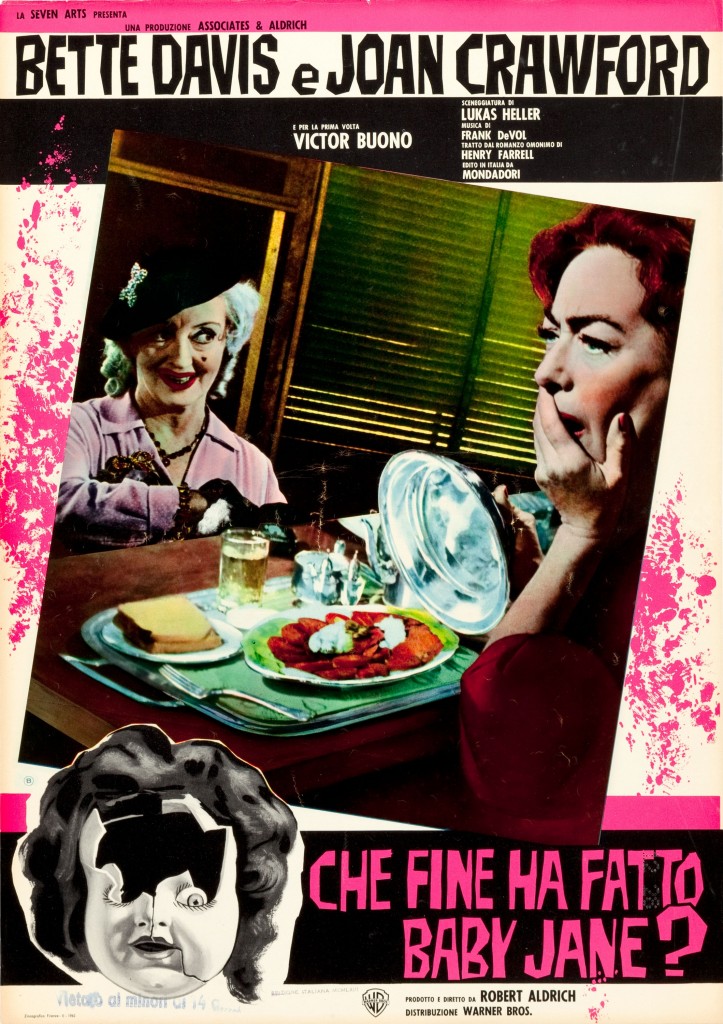 Bette Davis and Joan Crawford in WHATEVER HAPPENED TO BABY JANE, Italian fotobusta